The Larry Nicholas Memorial Cross-Country Race has been a stalwart of the Kelowna Running Club and Interior Running Association race series for over 35 years. This race is a fundraiser for the annual Larry Nicholas Bursary.

Larry was an avid athlete with a love for running. This run is in memory of Larry who passed away while rock climbing in the mid-1980s. The Larry Nicholas Cross Country run is sponsored by the Kelowna Running Club. The run has always been supported by the Nicholas Family – Larry’s parents, his brothers and sisters and their families.

The 8.2K Larry Nicholas Memorial Run is the last cross-country race of 2022’s Interior Running Association’s Cross-Country Series. It is 3 loops in Mission Creek Park.This park is a wonderful retreat where you can transition from city to the trails in minutes. 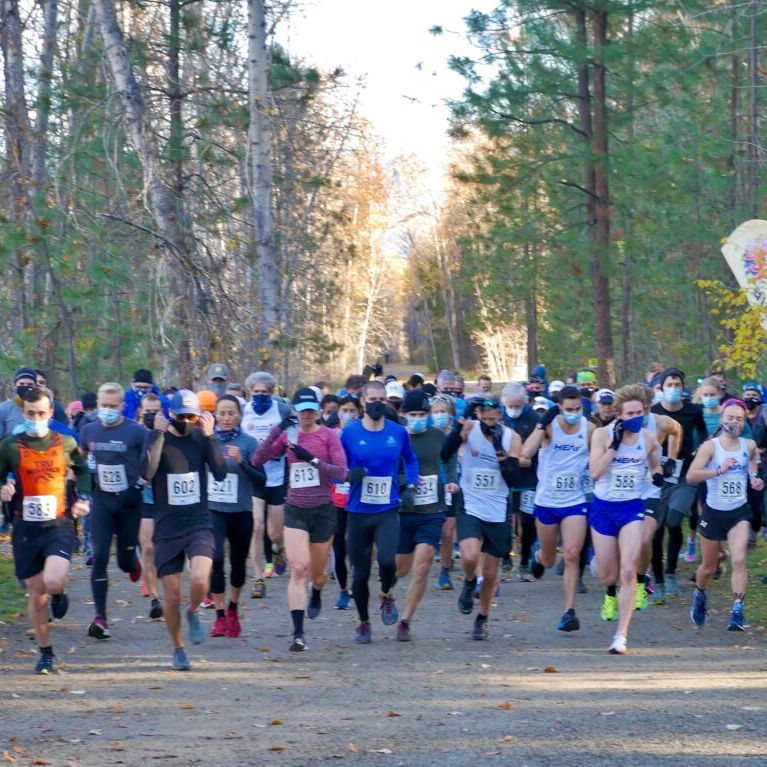